On the anniversary of Thomas Jefferson’s birthday, April 13 (called Founder’s Day), the University of Virginia and the Thomas Jefferson Foundation at Monticello join together to present the Thomas Jefferson Foundation Medals to recognize achievements of those who embrace endeavors in which Jefferson, the author of the Declaration of Independence and third U.S. president, excelled and held in high regard. These medals are the highest external honors bestowed by the University of Virginia, which grants no honorary degrees.

The medal, hosted by the UVA Darden School of Business, recognizes an individual for his or her role in guiding a significant global innovation that creates value for humanity. It recognizes leaders who exemplify Jefferson’s principle that the creation and dissemination of knowledge and ideas will improve our world.

Recipients of the Thomas Jefferson Foundation Medal for Global Innovation 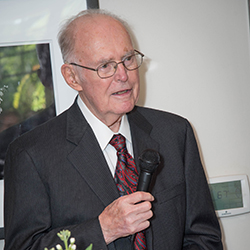 An American engineer, technologist and entrepreneur whose pioneering work in semiconductor electronics helped establish Silicon Valley and drive the Digital Age. Widely known for “Moore’s Law,” he predicted and guided the exponential growth of computing power, and co-founded the Intel Corporation, the world’s largest chip maker. 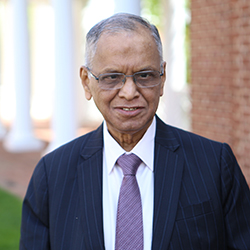 An Indian entrepreneur and visionary leader who founded and grew Infosys into an information technology powerhouse through the design and implementation of the global delivery model for outsourcing services. 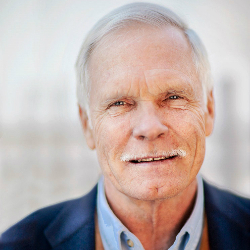